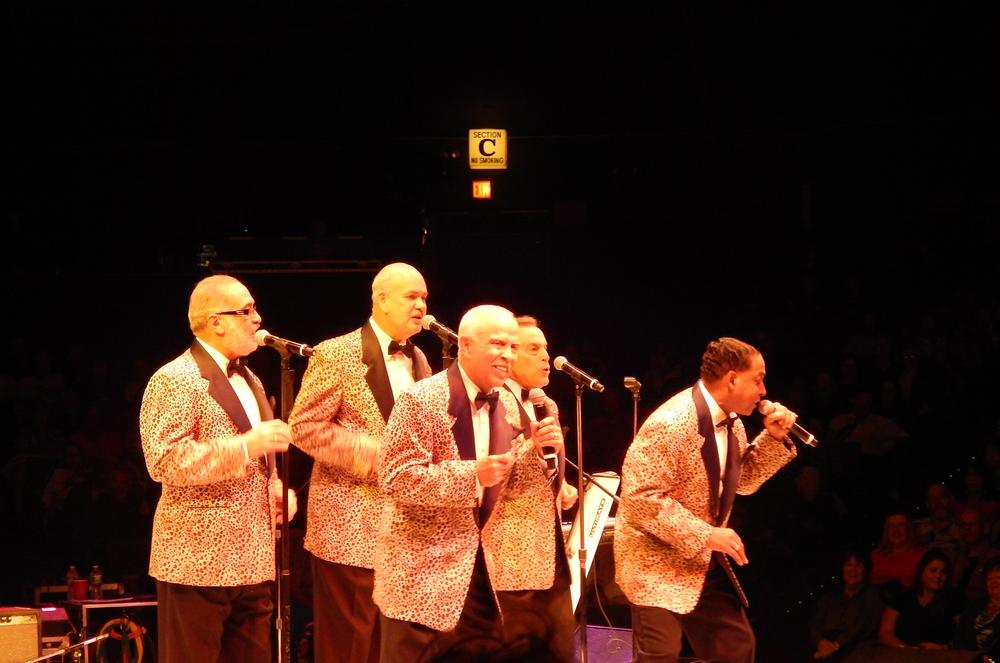 Five guys from the Freeman Street section of the South Bronx, all of Hispanic (Puerto Rican) decent, met in 1957 while in Junior HS. They formed a singing group and originally called themselves The Gleamers. The members of this quintet included: Ernie Sierra, Carlos Girona, Fred Hodge, Alex Miranda and Anibal Torres. Although they emulated The Flamingos, The Spaniels and The Heartbeats, it was two novelty Latin-flavored tunes that put them on the Rock ‘N Roll map.

One day Bill Martin, a noted vocal group manger and dancer, happen to hear them rehearsing. He was very impressed with this young group of teenagers and became their manager. He coached the boys and when their sound was distinct and polished, he brought them to Morty Craft, owner of Melba Records. Girona had written a seasonal tune entitled “Christmas in the Jungle” and it was that song that brought them to Beltone Studios in the late spring of 1959. The lyrics were revised by Girona to accommodate a post holiday season release. The new title was then, “Rockin’ in the Jungle” and was released on The Hollywood Records label. With that came a name change for the Group to The Eternals. It was suggested by their manager based upon a passage in the Bible.

Their second recording, “Babalu’s Wedding Day,” another spirited novelty rocker, featured Girona’s bouncy Latin lead, Alex Miranda’s incomparable bass and a hot sax solo by King Curtis. Its flipside, “My Girl,” was written and led by Ernie Sierra for his then girlfriend, who he would eventually marry.

In 1960, Fred Hodge joined The Army and was replaced by George Villanueva. The Eternals’ next release on Morty Craft’s Warwick Records label was “Blind Date” and featured George on the B side with “Today.”

Personnel changes and the passing of Alex Miranda (1967) brought new members (George “Tito” Santiago and Hector Garcia) into The Eternals. There were few and infrequent engagements, but no new releases. Family and occupational responsibilities slowed things down for the group till the early 1970’s. The Eternals reformed with Ernie Sierra steering the group and along with George “Tito” Santiago and Herman Velez (The Hemlocks), providing the nucleus of the present day Eternals. Fred Clavel joined as bass and the return of George Villanueva provide the longest lasting aggregation of The Eternals.